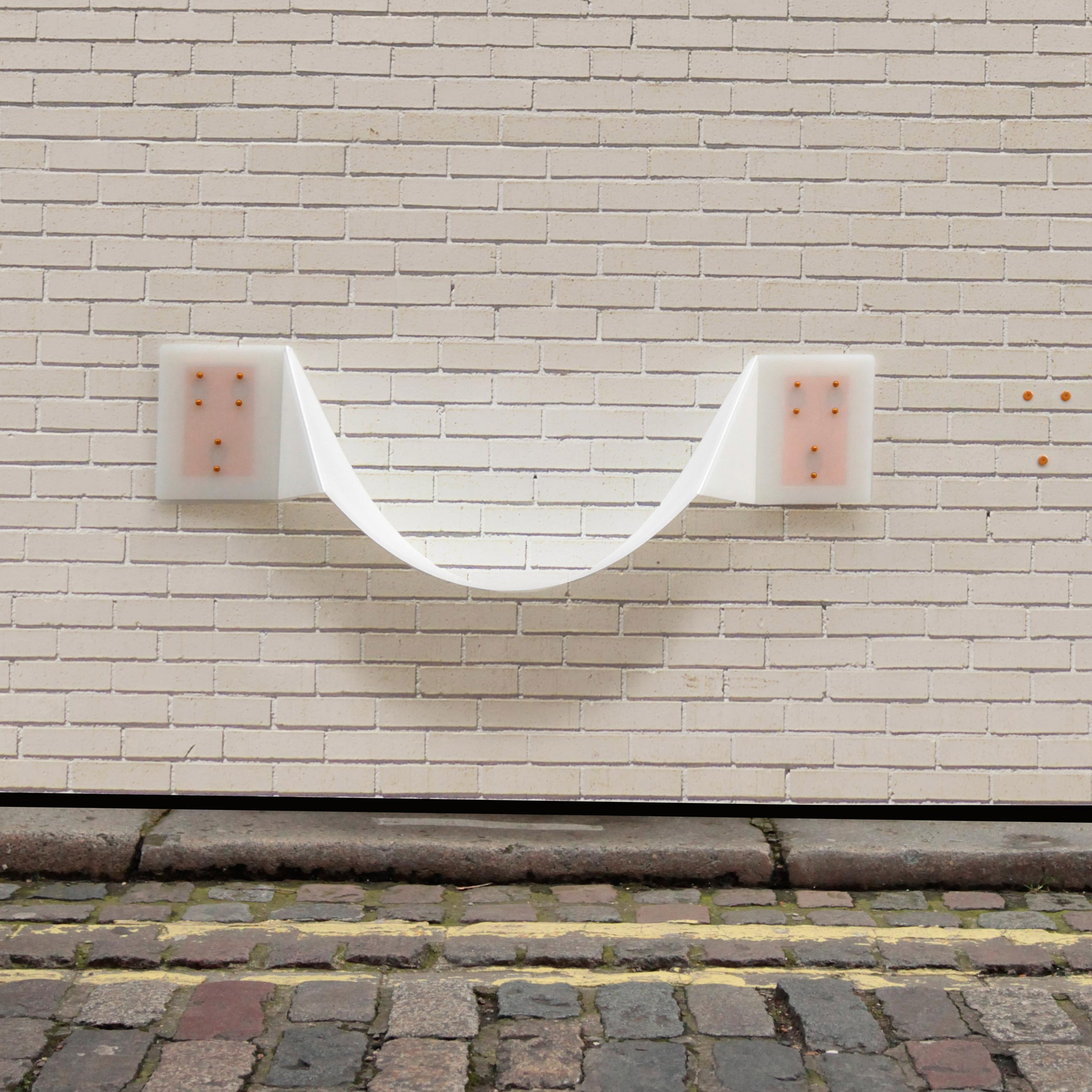 Royal College of Art student Thomas Gossner has rethought the design of public, space-saving fold-out chairs, creating a swing-like seat made from a single sheet of thermoplastic.

Made from a single sheet of flexible, translucent polypropylene, the wall-mounted Flair chair has been shaped and scored in such a way that it can be folded out to offer a seat when needed, or put away to sit flush against any flat wall.

The designer was driven to develop the seat after considering how the use of public spaces changes over the course of one day. 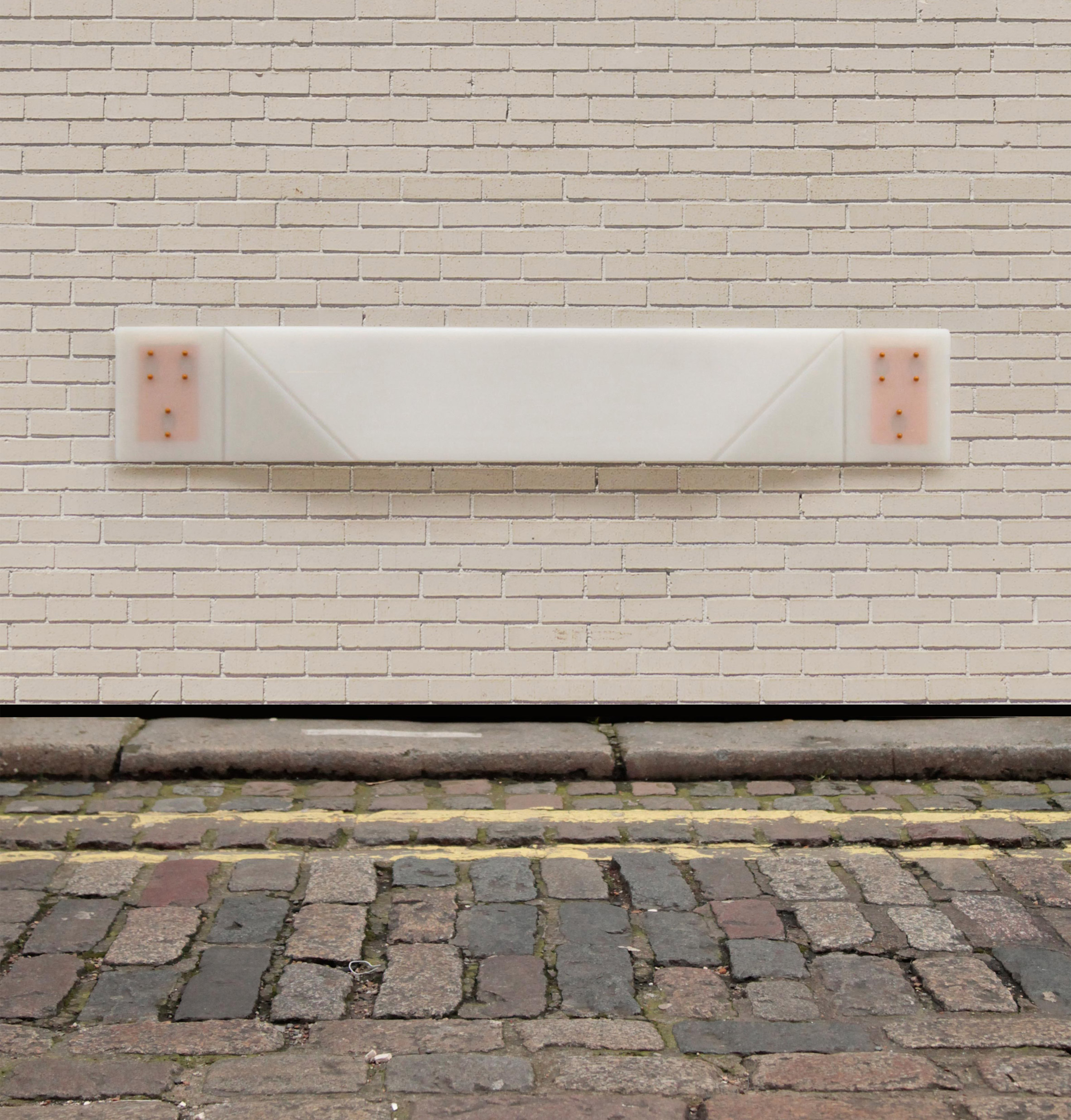 "If you look at Exhibition Road in London, for example, in the morning people are rushing through the area to get to work, but during lunch time the area gets populated by people searching for a seat to pause and enjoy their food," he explained.

"From pedestrian areas and shopping malls to entrance halls of companies, the usage of public spaces is almost never limited to one activity only – the requirements change continuously."

With this change in use of space comes the need for adaptive seating opportunities, said the designer. The Flair chair was therefore developed with the vision of creating chairs that "grow" and appear when needed. 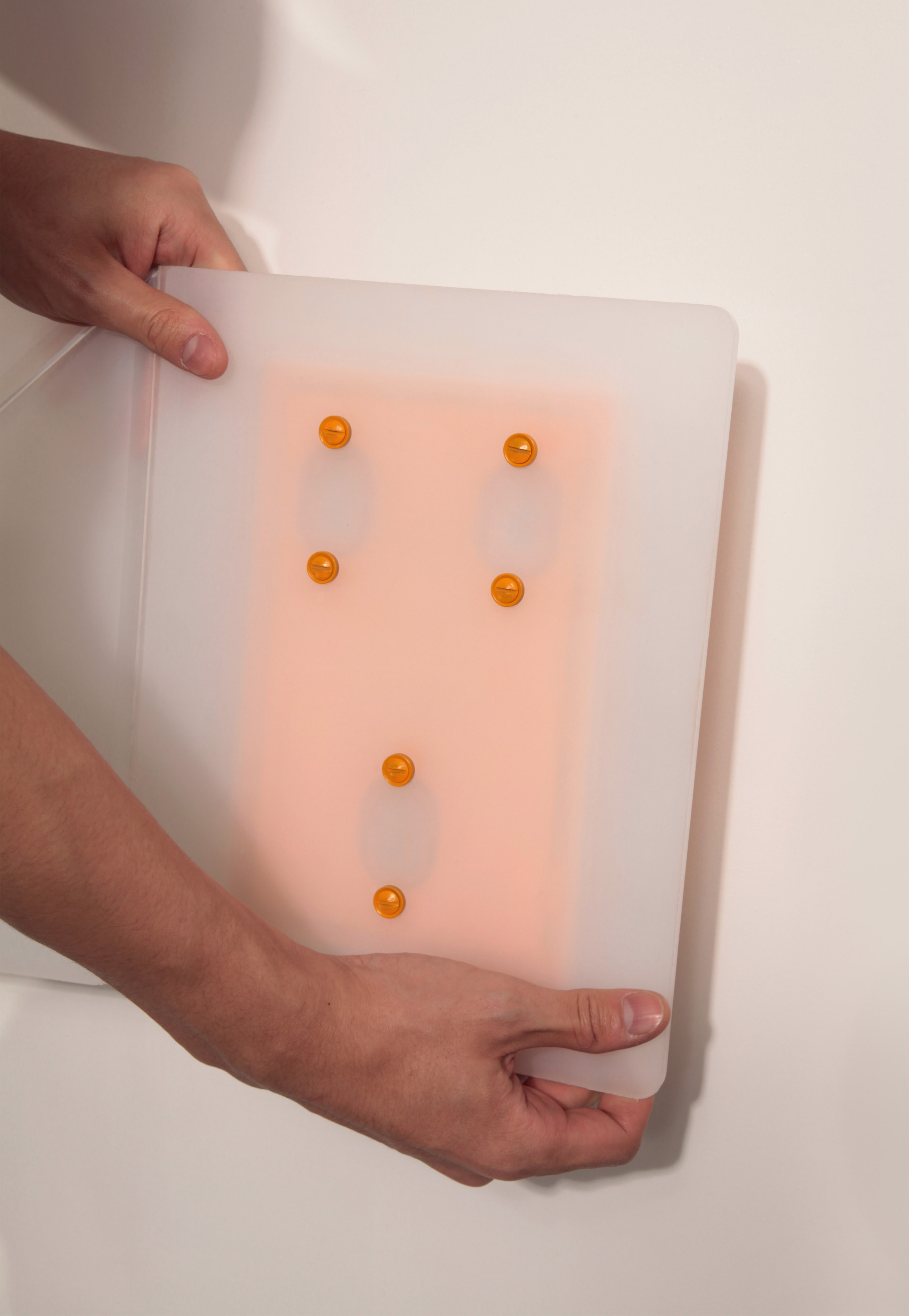 Inspired by a lunchbox the designer used to have as a child, the chair's extending mechanism works using four simple folds, or "hinges".

Both ends of the scored polypropylene sheet feature a dark yellow metal attachment with three holes. These align with three orange fixtures, inserted at three different points in a flat wall, to which the seat can be secured. 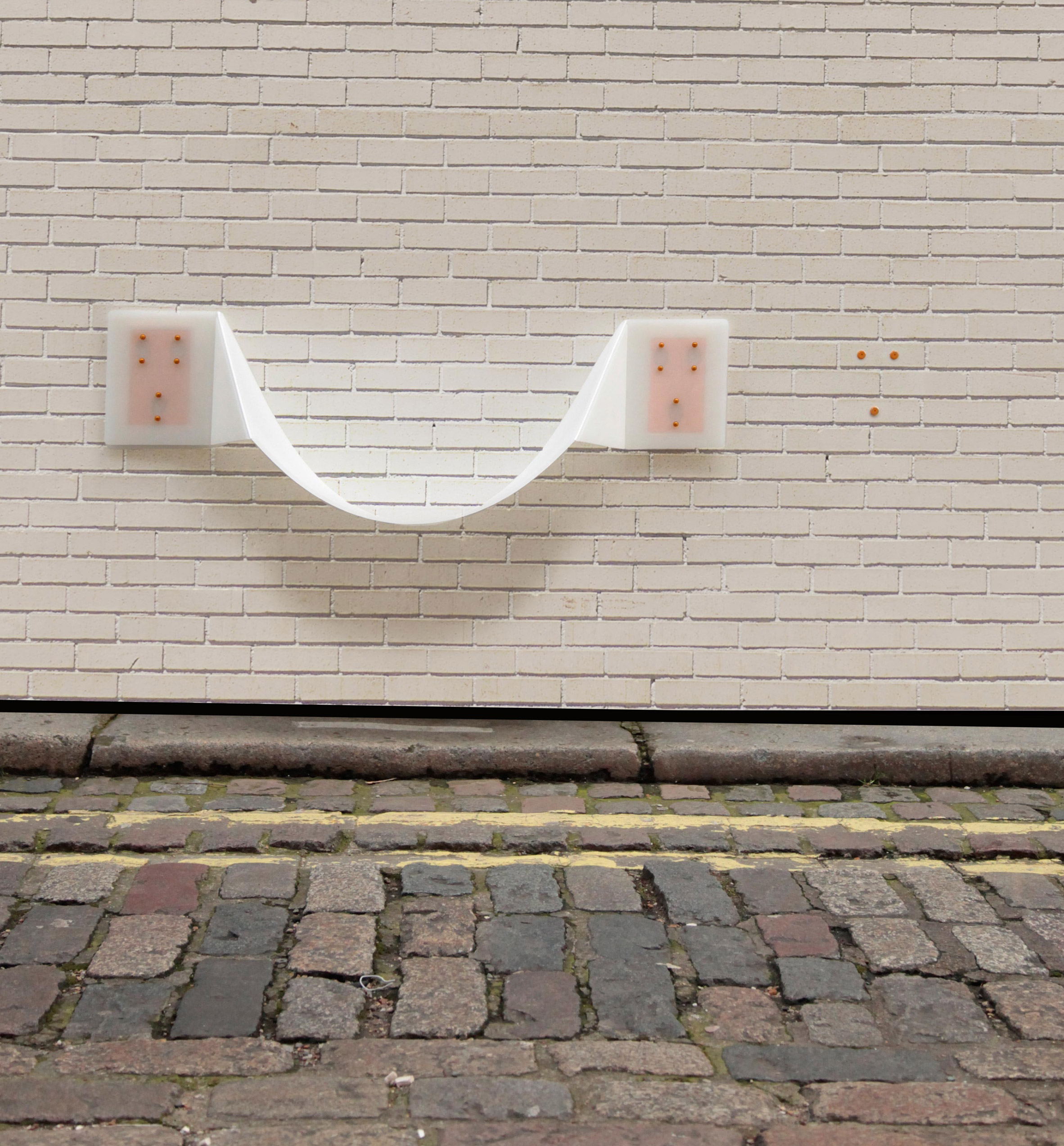 The seat can sit flat against the wall to save space when not in use. When a member of the public would like to sit down, one of the metal attachments can be detached from the farthest fixture and reattached to the middle fixture.

This causes the plastic sheet to fold into a "swing-like" formation, offering a seat to the person who needs it. 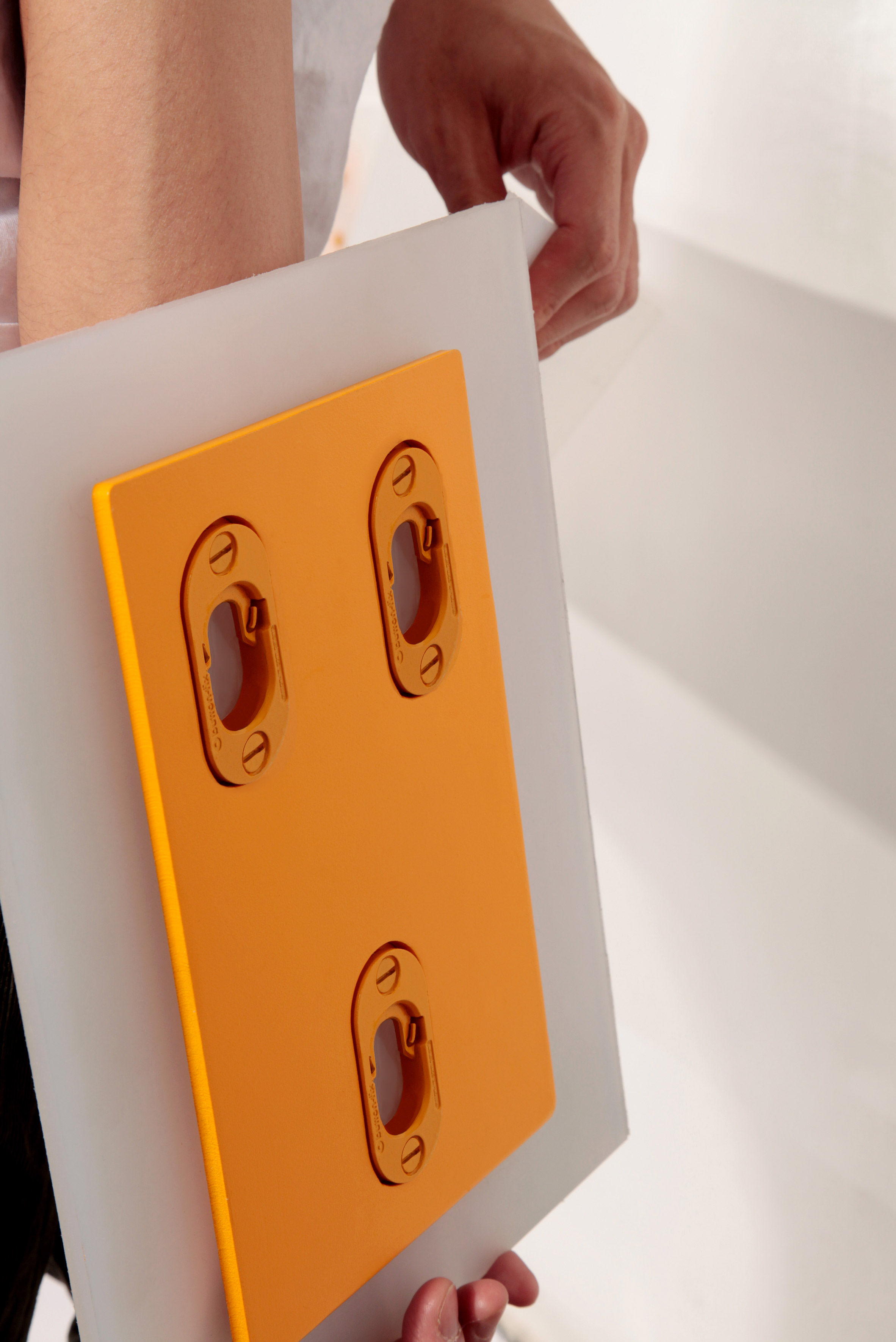 Gossner chose polypropylene for the chair as the material is both durable and flexible, allowing the seat to bend yet remain stable, in addition to being easy to clean.

The seat, which is designed to hold at least 200 kilograms, proposes an alternative to other, ordinary fold-out chairs installed in public spaces like the London Underground, which are often upholstered in fabric or require many more elements to produce.

Due to its translucent quality, the chair can also blend more seamlessly into its backdrop. 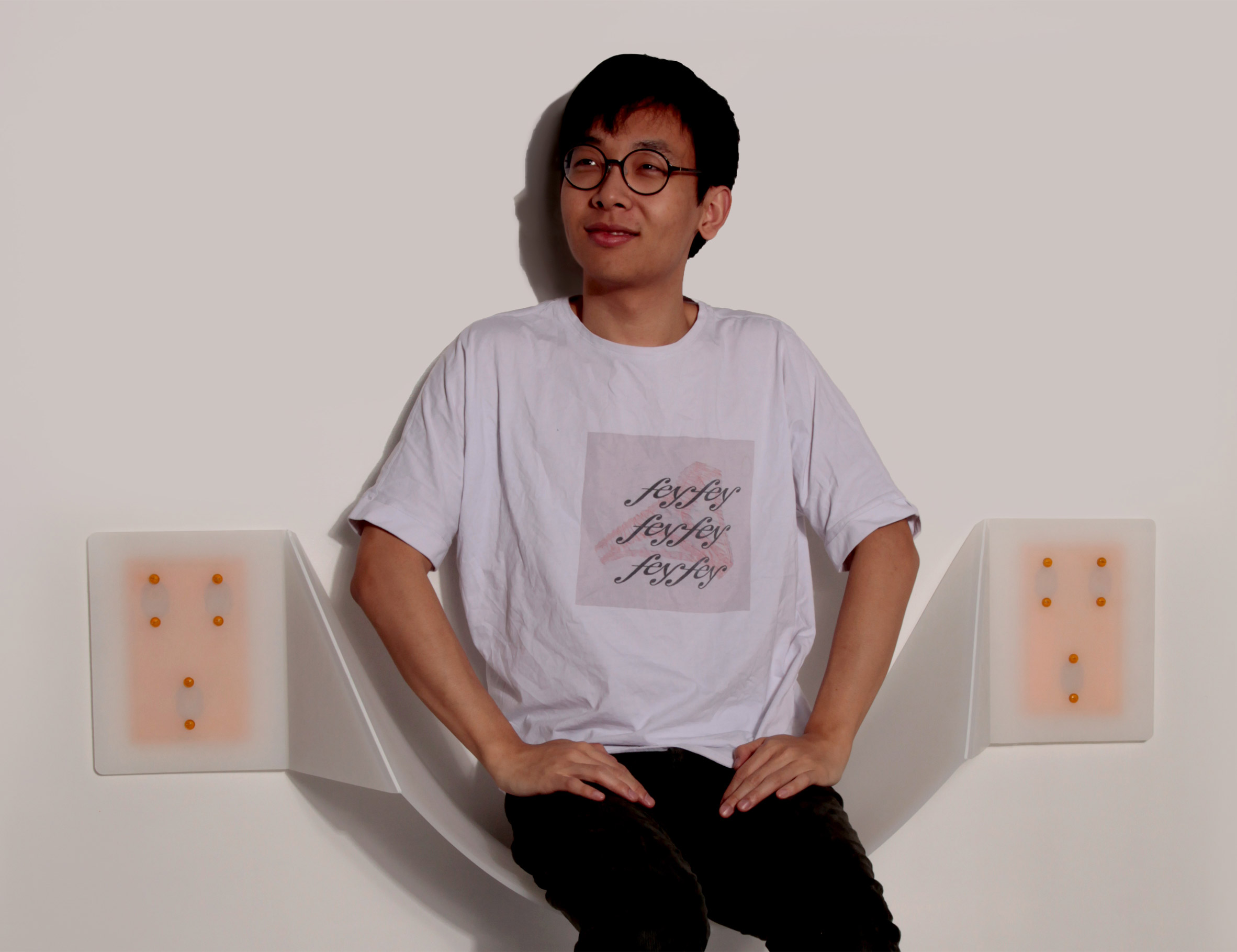 As cities continue to grow and houses become more compact, space-saving furniture is becoming increasingly popular. Paris-based agency JCPCDR Architecture designed a table that can be raised and lowered from the ceiling using a mechanism that looks like seat belts.

South Korean designer Jongha Choi also created a collapsible furniture collection that can be folded down flat and easily stowed away or hung on the wall like a picture.