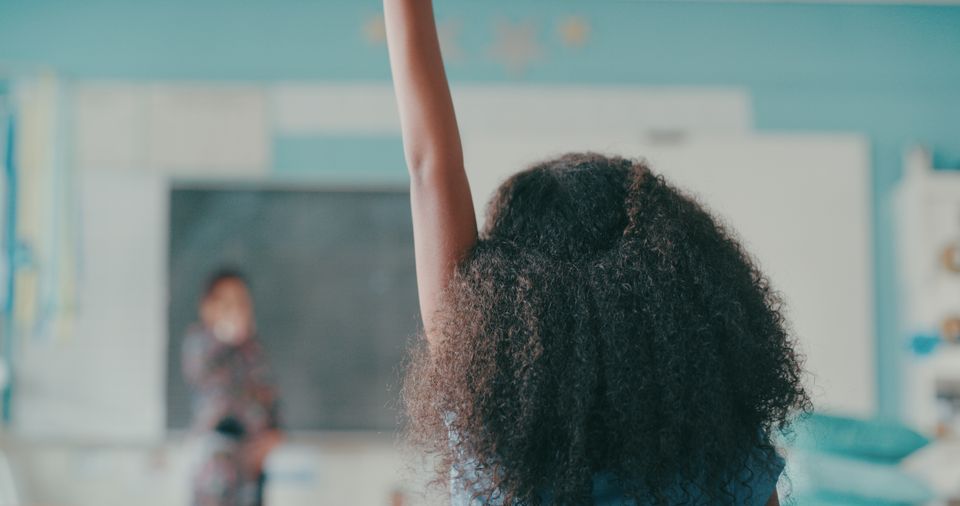 When Abdul Wahid attended Founder’s Day at Sir John Cass Redcoat School in Stepney, east London, he had no idea he was being lectured on the glories and achievements of a prolific slave trader.

“I remember all the kids around me were brown and Black,” he said. “Now I find it haunting that we were being told to pay homage to a man who benefited from enslaving people.”

Wahid, now 32, still keeps a meticulous record of his history curriculum from the early 2000s: from the Norman Conquest and medieval “really nonsense stuff like the evolution of castles” to Britain’s “contribution” to its colonies during the industrial revolution.

After a Year 9 lesson on “Britain’s judicial and educational legacy in India”, he went home to ask his family about it. “My grandma said it was fucking bollocks,” he said. “She grew up in 1930s Sylhet (in modern day Bangladesh) – she was there.”

When he recounted to his white teacher what his grandmother had said, he was told although “there were obviously things that weren’t completely right, on balance Britain was hugely beneficial to India.”

“I had nothing to say. This middle-class white English person telling 29 brown and Black kids – and only one white kid – what their families’ experience of colonialism was.”

On Wednesday, the governing body of Sir John Cass Redcoat School announced it would rename the school – following London Metropolitan University’s announcement it would rebrand its own Sir John Cass School of Art, Architecture and Design.

In a statement, it said: “We recognise that the use of Sir John Cass’ name endorses this major figure in the early development of the slave trade and the legacy of this pain. The use of his name is discordant with our pledge to support the Black community and our active commitment to oppose racism in all forms.”

The latest statement from the Governing Body regarding the removal of the statue and bust of John Cass from the school premises and the re-naming of the school can be found on the school website - https://t.co/Cu59qQ3737pic.twitter.com/bCQeBZpliB

The ceremonial rebranding of an institution or street name may feel satisfying, but the truth is that for decades Black, Asian and minority ethnic (BAME) people have been taught from childhood that they do not exist in their own country. And it will take much more than a few statues being toppled to rework their erasure from their history textbooks.

Fourteen-year-old Jude Gittins, from Leicestershire, is currently studying for his GCSEs, which include a history curriculum that is – in his own words – “ethnocentric and whitewashed”.

“I can only recall ever having two or three lessons about African Americans during the exodus and KKK lynchings,” he told HuffPost UK.

Rather than being taught “Black philosophy, science and politics, Black war/revolutions, Black leaders, Black struggle, Black inventions and Black nations or monarchies”, he says “the good sides of Black history have been erased to be replaced with the bad.”

He says his history lessons have left him feeling “very excluded” and that he has “a fatalist[ic] view on everything nowadays”. When he brings this up in the classroom, he says his classmates “mostly spout stupidity or racist jokes” and his teachers “don’t even see the point in Black Lives Matter let alone a change in the curriculum”.

“The mainstream media already has painted a picture of Black people and stereotypes, like the criminal, killer, poor child soldier, witch doctor, loud-mouthed mother and warlord cannibal,” he said.

“I sit in class and get good grades, but for what? An award from a white GCSE board, in white history.”

Ghanaian-born Denise, 19, agrees the syllabus she was taught at her Hampshire school also left her feeling excluded. “History as a subject made me uncomfortable because it glorified the UK a lot whilst ignoring the truth of what this country did to my people,” she told HuffPost UK.

She described the “mental strain” of trying to explain her struggles of racism to the people around her at school. Her teachers made her feel “unwelcome”, so she was too scared to bring it up in her class.

“I remember crying several times in school because of how I was treated. There was no one I could talk to who would understand nor would anyone back me if I spoke. I was often the only Black person in my classes,” she said.

“I also had an image I had to stray away from, I couldn’t be the angry Black girl always bringing race into everything. I was literally single-handedly representing all Black women.”

Erasing Black people from history “sends out more ignorant people into the world” with “an image that only white people were intellectual or smart”, she added.

“The children they failed to teach about Black history grow up into film directors, they become doctors who are less likely to properly assess Black patients, they become teachers who fail to understand the needs of their Black students, they become judges and lawyers who unfairly close cases on Black people, they even become prime ministers who go on to call their citizens thugs, letterboxes, swarms.” 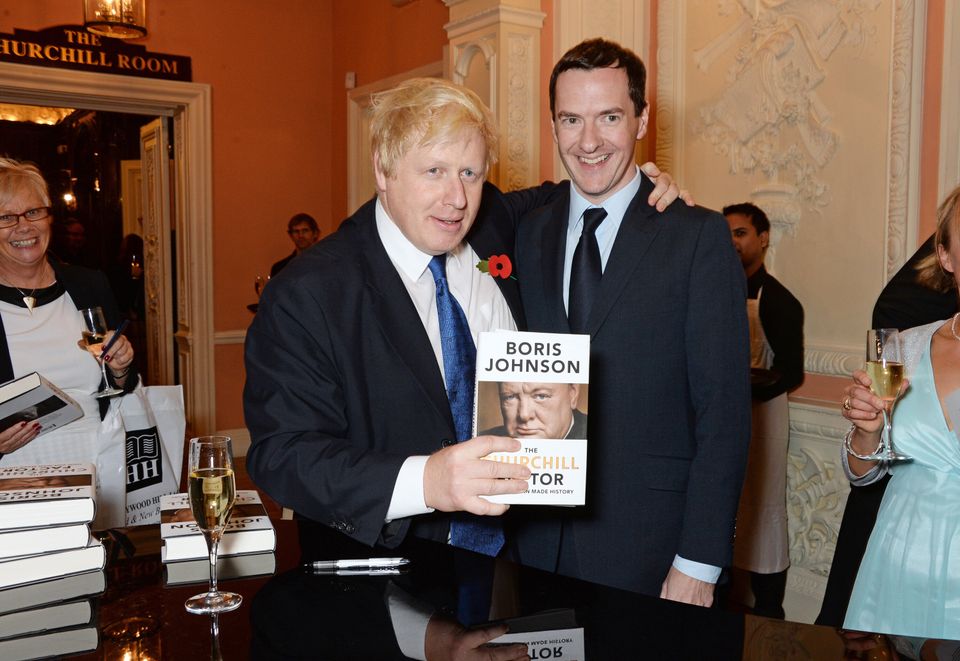 Even when prime ministers grow up to study classics at university and write history books, they end up celebrating the wartime triumphs of a white supremacist instead of focusing on the role of millions of Black and brown people in the Second World War.

For Hannah Ipinson-Fleming, 18, from Bristol, history at GCSE and A-level “gives the impression that BAME history is less valuable”.

“Our existence is consistently portrayed as having begun only after colonisation,” she told HuffPost UK. “When it comes to the acknowledgement of Black people in history they are collateral within a story – a means to an end.”

As a young Black student in majority-white schools, she says from a very young age she was “incredibly aware of how my life and the way I encounter different institutions will be different to my white peers”.

“I feel strongly that they failed me as a Black student in properly educating other students on topics regarding race,” she added.

As the Black Lives Matter movement has gained traction in the UK following the killing of George Floyd, so have calls to change the current history curriculum to accurately depict Britain’s colonial and imperial past, and reflect the achievements and contributions of BAME people.

Among those demanding for changes to the education system are school friends Esmie, 19 – who is Black – and Nell, 18 – who is white.

The pair came up with the idea of petitioning the government to teach Britain’s colonial past as part of the compulsory curriculum after surveying 50,000 people about what they learned at school.

The results showed a “horrific disparity” between those who learned topics such as the Tudors (86.2%) and only those who studied the role of slavery in British industrialisation (9.9%).

Esmie told HuffPost UK studying a whitewashed history “felt like gaslighting”. “I knew that these things had happened, but I would go into school and be taught a different history that erased the contributions of my ancestors,” she said.

“It’s such a horrible thing to have happen to you – the systemic erasure of key parts of your identity. And not just your identity, but your lived experience – to be Black in this country is to suffer racism, and the roots of that racism lie in Britain’s history.

“So you experience all this inner turmoil, while the white kids around you are elevated and validated by this idea of Britain as a nation of intrepid and successful explorers who brought ‘civilisation’ to the ‘savages’ of the colonies.”

Both Esmie and Nell want to see a national history curriculum “where you can be taught both the contribution of famous historical figures to today’s world, but also highlight the oppression and slavery that made it all possible”.

If not, “Black kids will continue to feel gaslighted, lied to, and erased,” Esmie says. Their petition has so far received more than 200,000 signatures.

While activists such as the initiative The Black Curriculum work behind the scenes to decolonise the national curriculum, there are some teachers who are actively fighting for a more inclusive history education in their classrooms.

Ayca Sonmez has been teaching history for seven years at Acland Burghley School in Camden, north London. Her students are given lessons on the medieval history of African kingdoms, the Qing dynasty, Black Tudors, Black migration and the decolonisation of India.

One of her Year 10 students says by only focusing on British achievements and neglecting other cultures, many people in Britain “are not very educated when it comes to Black lives and Black achievements during history”.

Our IGTV series, ‘Black British Women’ told the story of four inspirational women in Britain. 1. Olive Morris (top left) was a political activist, born in 1952 in Jamaica. Morris was an organisational and fighter against racism and sexism in the UK. 2. Lilian Bader (top right) was one of the first black women to join the British armed forces and was a Leading Aircraft-woman with the WAAF during WW2. 3. Mary Seacole (bottom left) was a nurse who greatly helped soldiers during the Crimean War. 4. Fanny Eaton (bottom right) is best known for her work as a model for the Pre-Raphaelite Brotherhood between 1859-1867. Did you enjoy our IGTV series? We now have a range of packages including podcasts, activities and animations available on our website! Visit www.theblackcurriculum.com/resources for more info🖤

“Black people have had many great achievements that have been significant to the world but yet we have learnt nothing about these in schools. For example, Mary Seacole, a Black nurse who saved many white lives during the Crimean War,” they said.

Another Year 10 student stressed the “absolute necessity” to “awaken the world to how little so many people really know” about the “atrocities of racism”.

“What history we teach has a massive impact on students,” Sonmez told HuffPost UK. “We have a huge responsibility on how kids view the world and how they view themselves.

“If we only teach a specific strand of history and omit [other histories] from our classrooms, we are saying that these are the histories that should be remembered and that other histories are not relevant.”

As head of humanities at her school, she has pushed to “decentre dominant narratives and Eurocentric curricula” so students don’t leave school “with gaps in their knowledge” and instead can “think more deeply and critically about history and its impact”.

Professor Hakim Adi, the UK’s first-ever history professor of African heritage, points out that history is the third least popular subject for Black undergraduate students in the UK – behind veterinary science and agriculture.

″[Young Black people] are alienated from history because it’s presented in such a Eurocentric manner,” he told HuffPost UK. “This is reflected in school level, and then as a result there are very few Black academic historians, very few Black history teachers.”

In Sonmez’s classrooms, history is becoming an increasingly popular subject among BAME kids. “The response has been really positive,” she says. “They’re learning a new part of history that is engaging. They go home and tell their parents who are really interested because they didn’t learn [these parts of history] either.”

In 2013, Abdul Wahid returned to Sir John Cass Redcoat School – this time as a teacher. During that period of almost a decade, the school’s history syllabus had not changed – it was still “whitewashed and not fit for purpose”, he says.

Waheed found himself once again sitting among Black and brown children in the school’s “Great Hall” listening to speeches about their founder’s so-called “philanthropy”. “It was hammered home to us to be grateful to [Sir John Cass].

“Now I think – what was all of that philanthropy built on?” he mused.