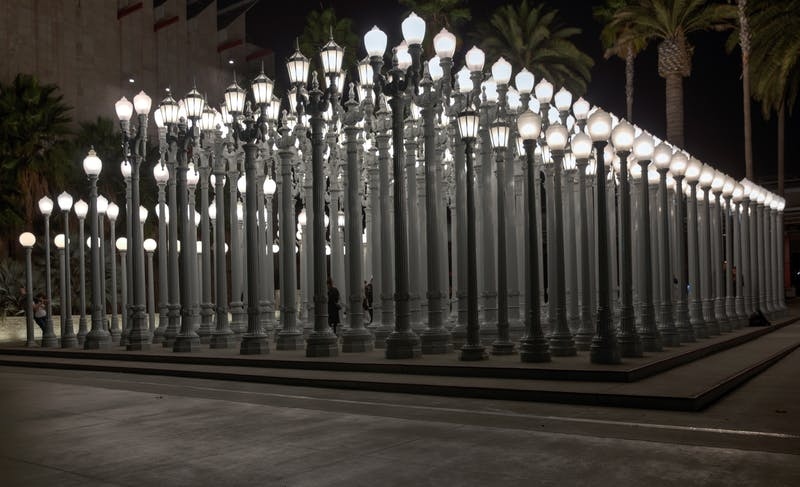 Since its February 23 2018 opening, a theme park in Bandung, West Java, has sparked controversy. Rabbit Town has been marketed as a selfie destination, inviting tourists to come and take “instagrammable selfies” at a number of installations inside the theme park. The park has been criticised for copying installations from popular artworks to attract tourists.

Among the artworks allegedly plagiarised are Urban Light by Chris Burden, whose artwork is on display at Los Angeles County Museum of Art in the US, and Obliteration Room by Japanese artist Yayoi Kusuma. Some installations are similar to artworks at the Museum of Ice Cream in America.

The allegations of plagiarism have gone viral on social media. International media have also raised the issue. Most media reports have condemned Rabbit Town for copying famous international artworks for profit.

However, I believe the main issue behind the Rabbit Town phenomenon is more than plagiarism. Rabbit Town exists as its owners see business opportunities in the selfie craze in our society.

Other example include the Floating Market in Lembang, Bandung, which offers photo packages of people wearing traditional costumes from various countries with relevant backgrounds. It’s interesting to discuss why the Floating Market and similar destinations have drawn so many visitors despite unoriginal and plagiarised themes.

Visiting tourist destinations is no longer about the physical space. In the digital era, technology has played a significant role in redefining space for tourist activities.

French sociologist Henri Lefebvre explains that space is also defined by social practices. Andre Jansson, an expert in communication geography from Karlstad University, has observed that the logic of the media also defines these spatial practices. Therefore, visiting tourist destinations is no longer just about the places but also about the experiences and the activities surrounding them.

With the technology, tourists nowadays do not think about the place, let alone its originality. They only want to take photos and upload them on social media to get recognition.

For example, in the old days, tourists went to Kota Gede, Yogyakarta, to visit the old cemetery of the Mataram Kingdom or to buy silver jewellery. Today the history or original function of the place no longer matters for many tourists. Many people visit Kota Gede only to take pictures of old houses with antique windows and doors as nice backgrounds for their pictures. After that, they can upload their selfie on Instagram.

Another example is when people go to restaurants. They no longer visit certain restaurants only to experience original food and nuances. When eating out, people also take pictures of the food and upload these on social media.

Many people believe that the Rabbit Town case shows how the selfie culture may harm tourist destinations. But are such concerns valid?

British sociologist John Urry has introduced the concept “tourist gaze”: “to gaze upon or view a set of different scenes, of landscapes or townscapes”. He argues that the gazing is not a singular activity as it depends on social and historical contexts.

As technology allows us to record and distribute photos in seconds, the gazing activities then change. Taking selfies has become an inevitable part of travelling. Taking pictures has become people’s way to expand their gaze.

In other words, selfie culture is not a factor that degrades the tourism destinations but instead it expand tourists’ views in seeing the tourism spots.

From the above explanation, we learn that travelling no longer gives priority to originality as the most important reason for visits. The most important thing for tourists is to take pictures and distribute them online. This explains why tourist destinations with plagiarised concepts still draw many visitors.

American sociologist Dean MacCannel and the writer of The Tourist reminds us that every impression of originality in tourist attractions is staged, which he describes as “staged authenticity”. This also applies to places that claim they offer the most original concept.

The owners of tourist destinations see the stage as business opportunities. They build a nice theme park for visual reproduction, either by creating a new concept or by plagiarising other popular works, as Rabbit Town did.

Plagiarism in tourism can involving copying a global concept (Hobbit House) or replicating the local ones. The loss of spatial realm in a tourist destination is known as post-tourism.

Jansson encourages us to rethink post-tourism in the social media era. He writes that the power of communication technology has created a new definition of travelling. Any place that can be recorded and shared via social media is a tourist attraction, and this is probably what is happening in Indonesia.

This article is republished from The Conversation under a Creative Commons license. Read the original article.

If you believe in the work we are doing here at The Good Men Project and want to join our calls on a regular basis, please join us as a Premium Member, today.

All Premium Members get to view The Good Men Project with NO ADS.

Need more info? A complete list of benefits is here.

Talk to you soon.