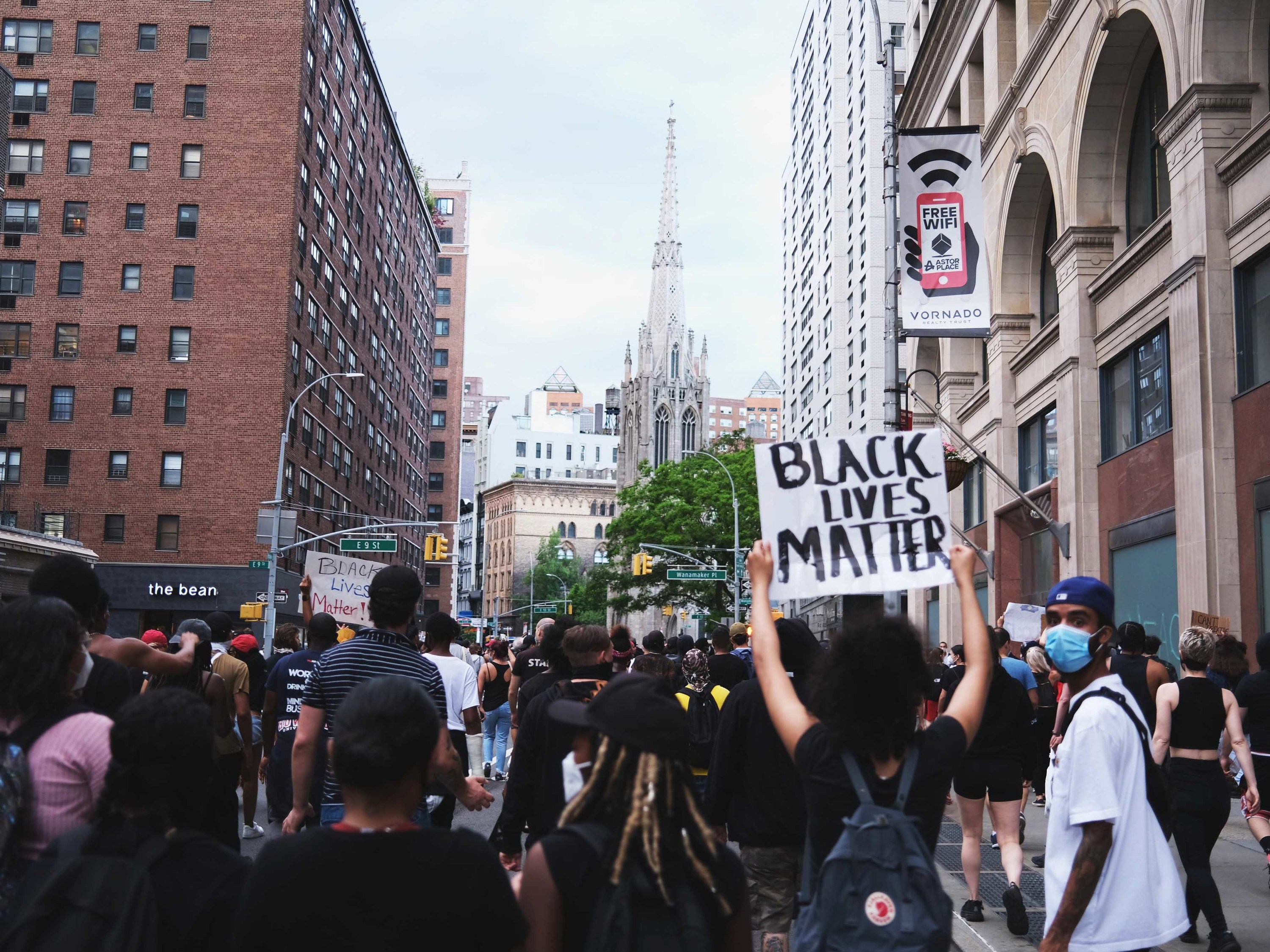 One prominent street in each of New York’s five boroughs will be renamed “Black Lives Matter” to honor the movement, the mayor announced at a press conference on Tuesday, June 9.

A section of each street will also be painted with the slogan of the movement. “It's time to do something officially representing this city," de Blasio said. "To represent the fundamental power of Black Lives Matter."

The mural and renaming of the city’s five streets will stand as a permanent demarcation of space to honor the movement and the thousands of demonstrators who have raised their voice in the fight against racial injustice.

The new street names and giant painted signage comes in the wake of week-long protests and demonstrations calling for justice for George Floyd who died at the hands of Minneapolis police.

The first destination to be renamed and painted is near Manhattan's City Hall, and the others have yet to be announced.

“Renaming and repainting a street is a modest testament to the massive challenge ahead of us,” Manhattan Borough President Gale Brewer, said in a statement. “But in so doing we will, literally, set down a marker for our current goals and mark this era for future generations. I’m a history buff; as New Yorkers and visitors walk downtown past some of America’s most historic landmarks, ‘Black Lives Matter Way’ will add to that history.”

In Washington, D.C. last week, Mayor Muriel Bowser renamed a portion of White House-adjacent 16th street "Black Lives Matter Plaza" and painted the same phrase in massive yellow letters on a two-block stretch. Murals dedicated to the movement have also showed up in other cities including Indianapolis, Oakland, Charlotte and Pittsburgh.

In New York, the City Council’s subcommittee on public safety is holding a meeting on Tuesday to discuss and vote on legislation about police reform and accountability, including bills to ban chokeholds, the right to record police activity, implementing a system that evaluates officers and assess their need for training, monitoring, or reassignment, and a requirement for officers to make shield number and rank visible, among others.

“To move forward, we have to accept that and commit to changing it. We need to be anti-racist,” Speaker Corey Johnson said before the meeting on Tuesday. “We need to show Black New Yorkers that we will fight with them and we will fight for them, especially within our own white-dominated communities and networks. We can’t let this moment pass, the same way we’ve done over and over and over.”

The City Council will also work with Mayor Bill de Blasio prior to the July 1 deadline for the city's new budget. The mayor has vowed for the first time ever to redistribute partial funding from the NYPD to youth and social services.

Most popular on Time Out

- Here’s what will reopen in NYC in Phase 1
- 14 notable NYC restaurants and bars that have now permanently closed
- Here’s what you can expect the next time you take a subway
- Five things to know if you’re going out to protest in New York City
- When will hair salons reopen in NYC?