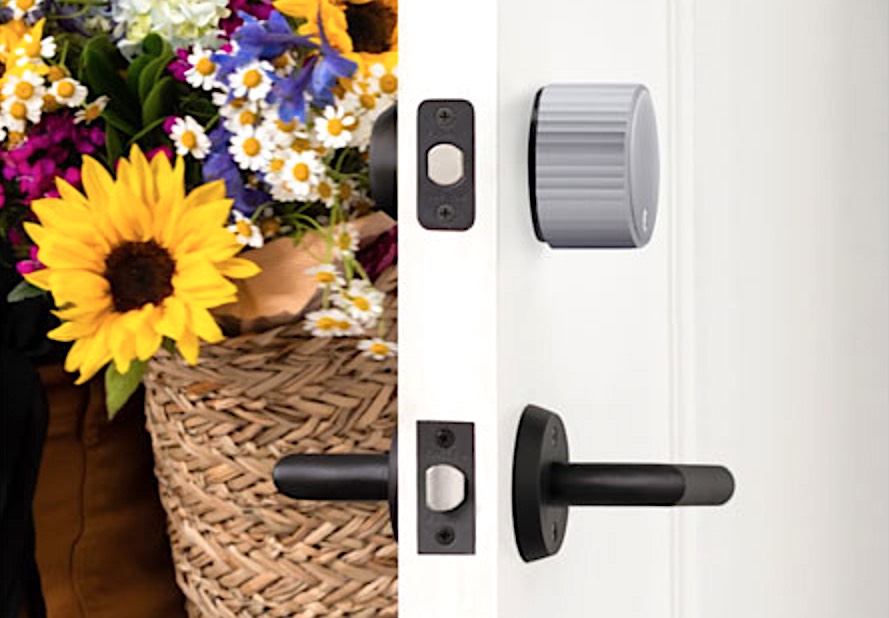 Welcome to my review of the August Wi-Fi Smart Lock (4th Generation)! Recently I had the chance to test this latest version of August’s very impressive smart deadbolt lock to see if it lived up to (and indeed surpassed) previous generations. And I’m just the one for the job too, because I own and have previously installed and reviewed the August Smart Lock Pro + Connect. Read on if you’d like to see how this new lock measures up in head-to-head competition with previous incarnations of August’s smart lock and to see what I thought of it in general. I think you’ll like what you see. 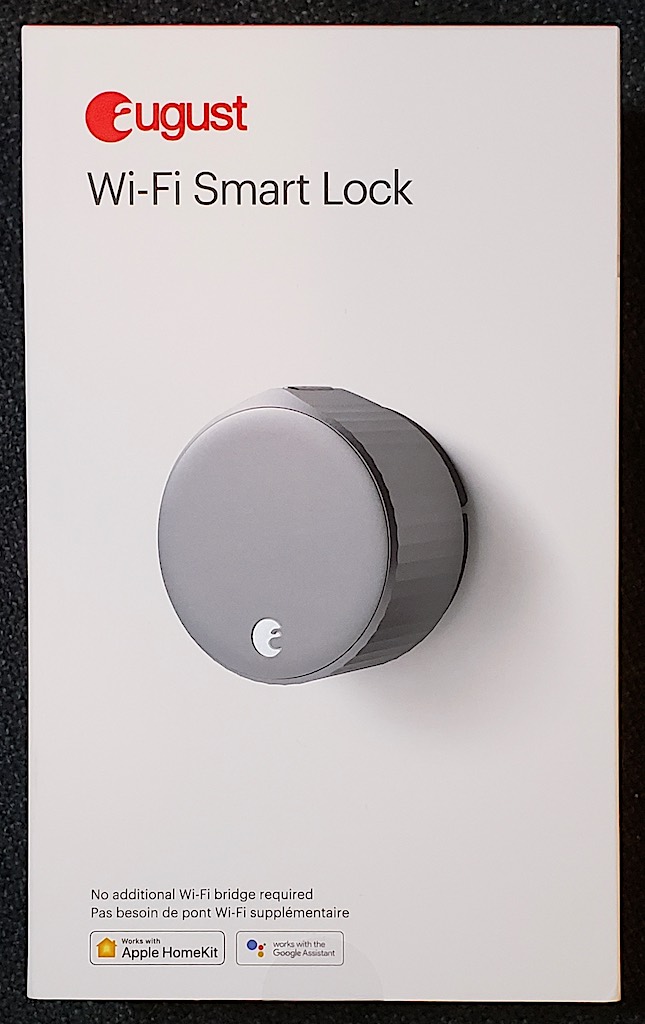 The August W-Fi Smart Lock (4th gen.) is a very impressive package. Not only did August successfully manage to shrink down this lock from its previous version, but they actually improved it in other ways as well. For instance, this version of the lock does not come with the August Connect bridge, but it does come with the small DoorSense device that lets you know whether or not your door is ajar.

Other benefits of the August Wi-Fi Smart Lock are that it installs in mere minutes with nothing more than the help of a Phillips head screwdriver, it has its own Wi-Fi built right in (which is why you don’t need the August Connect bridge), it has state-of-the-art (bank grade) security via high grade data encryption, and it pairs and works with your August doorbell cameras (which themselves allow you to see and speak in real time to visitors). What this last benefit means is that the potential exists for you to see who’s knocking at your door and decide whether or not to let them in even when you’re not at home.

That’s because with this type of lock you can easily lock and unlock your door remotely from anywhere in the world that your phone can access the Internet. It also allows you to issue virtual keys to family, friends, employees, and anyone else you want to give access to your home to—provided they have the August App (shown at left) installed on their own smart phone.

Give access to your cat sitter, your in-laws (particularly when you’re not there), and even to someone you’re renting a room to. I actually received a virtual August key the last time I booked travel accommodations online, and I received my key within minutes of the booking.

Of course, the August Wi-Fi Smart Lock also has an auto unlock feature whereby it detects your approach as you near your door upon arriving at home and unlocks it for you automatically. You can even set it up to lock automatically whenever the door is closed, and you can check the August App for a complete activity log of every time your deadbolt has been locked or unlocked. It will tell you who came and went (using their virtual keys), as well as give you the exact times of their various comings and goings.

The August Wi-Fi Smart Lock is compatible with most major smart home ecosystems and virtual assistants, including (but not limited to) Apple’s HomeKit, Siri, Amazon Alexa, and the Google Assistant. You can therefore lock or unlock your door with simple voice commands, and even by using fun devices like the Apple Watch or an iPad, just to name a few. You can also customize its smart alert preferences so you’ll only receive those notifications that you really want to know about.

I wanted to include a photo of the new August Wi-Fi Smart Lock with its predecessor to show the difference in the physical size between the two of them. As you can see, the earlier Smart Lock Pro (on the right) is considerably larger than the Wi-Fi Smart Lock on the left. It’s also worth noting that the new lock doesn’t stick out nearly as far from your door as the older version.

Installing the 4th generation version of the August Wi-Fi Smart Lock was, as expected, a breeze. I didn’t install the DoorSense unit, but the lock itself only took me about 5 minutes to fully install. Having previously installed the August Smart Lock Pro certainly made things a bit easier, but I suspect that even without any prior experience, most people should be able to complete the physical installation of this lock within about 10 minutes of finding the appropriate screwdriver.

Other than that, all you need to do is calibrate the lock and get it communicating with your smart phone via the August App, which you can freely download at any time for either your Android or iOS phone. Then simply create your own August account (if you don’t already have one) and get the ball rolling. This is in fact the first step of the installation, as the app itself walks you through all of the other steps. That’s pretty much how the entire process went for me, and I didn’t have a single problem or complaint.

Although I didn’t install the DoorSense unit, I was impressed by its inclusion in the kit. Whereas before you would know if your deadbolt was locked or not, you might not necessarily know if the door was in fact closed (unless you had cameras or some other means of knowing). Now you’ll know that both the door is closed and the deadbolt locked, giving you a whole new level of knowledge and peace of mind.

The August Wi-Fi Smart Lock is every bit as good as one might expect, and more compact and efficient than ever! The DoorSense unit adds an extra layer of security as well, as you’ll now not only be able to see if your deadbolt is locked or unlocked, but also whether or not the door is physically open. What great idea!

With these new features, I can easily recommend this lock to most people. If you already have one of August’s previous versions of this lock, an upgrade may not be necessary unless you really like the idea of having a smaller apparatus on your door and being able to get rid of the August Connect bridge—which is certainly a nice benefit as it streamlines the overall setup. Either way, this is a very good lock that’s definitely worth checking out.

For all your Smart Home needs and wants, visit Best Buy Canada either in store or online.